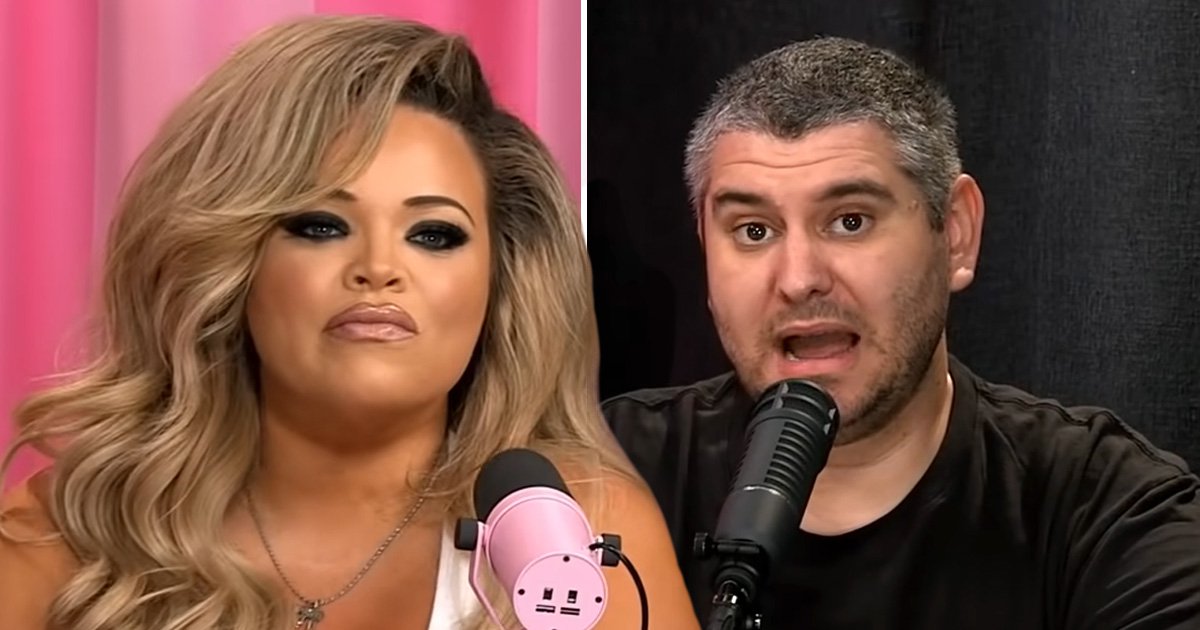 Trisha Paytas and Ethan Klein have abruptly ended their podcast Frenemies, with fans concerned for their friendship.

While controversial YouTube star Trisha, and Ethan, who runs the H3H3 channel with his wife Hila, were once at odds, they formed an unlikely friendship.

Growing closer, they started their podcast in September last year, with the most popular episode racking up more than five million views.

Trisha even dated and got engaged to Ethan’s brother-in-law, Moses Hacmon.

However, things between the pair have got very tense very quickly, with them suddenly ending their podcast on the 39th episode amid a row about money.

What happened between Trisha Paytas and Ethan Klein?

Towards the end of Ethan and Trisha’s latest episode of Frenemies, Trisha said she didn’t like a fan advice segment that they were about to start.

The 33-year-old claimed she didn’t have much input in the show, and accused Ethan of ‘recycling’ ideas from his other podcast.

‘I feel like you’re so angry about this,’ Ethan, 35, said at one point, with Trisha accusing him of gaslighting her by telling her how she feels.

Trisha went on to say she doesn’t get input on who is hired on the crew on Frenemies, with Ethan pointing out that the crew are employees of his production company.

The conversation then turned to money, with Trisha taking issue with the extra 5% Ethan takes from the podcast, which he said is used for production costs.

Trisha went on to say she would like Ethan to be more transparent with her about money.

‘I don’t know why you fight me on money, I feel like it’s beyond reasonable,’ Ethan told her.

When Ethan again attempted to tell Trisha she was angry and upset, Trisha appeared to hold back tears, asking to end the episode.

Hours later, Trisha announced she was stepping down from the Frenemies podcast.

Explaining her side of the story in a video, she said: ‘I need to step away from Frenemies and it’s really, really with a heavy heart that I say that, because it has been my stability, my regular thing once a week that I absolutely look forward to. I really love doing the show.

‘A lot of people were upset by my little episode yesterday and I usually wake up the next morning feeling regret for the way I acted but I realised this morning – and then last night of course I talked to Ethan and he was saying the crew was really upset with me and that they didn’t want to film the vlog today and I respect that and I respect him being on their side.’

Ethan then responded on Twitter, saying: ‘I am honestly gutted over this whole thing, trisha’s video this morning was a total surprise to me. I dont really know what more I can say or do. Im very sorry to all the fans of frenemies, I know how much it meant to everyone, I did everything I humanly could to save it. [sic]’

He added: ‘At the end of the day, Frenemies was a beautiful experiment that I will always cherish. I’ve learned and grown so much from the experience and have Trisha to thank for that. She’s been a dear friend of mine throughout, and I’ll always be grateful for all she’s done for us.’

In a string of tweets afterwards, Trisha said: ‘Nothing about this situation is anything I wanted. I don’t want crew members to ever feel disrespected. I didn’t want to leave the show. Leave the friendship with Ethan. Like none of this feels good and none of this benefits me.’

She added: ‘I don’t want enemies !!!!! With anyone. Hence me leaving a show that gave me a platform and promotions for my passion projects. It would have benefited ME to stay but ppl felt disrespected by me , so I chose to leave. Because that’s not fair to them.’

MORE : YouTube star Trisha Paytas confirms engagement to Moses Hacmon: ‘We did it’

T.I. addresses sexual assault allegations against him and wife Tiny in new music video What It Come To