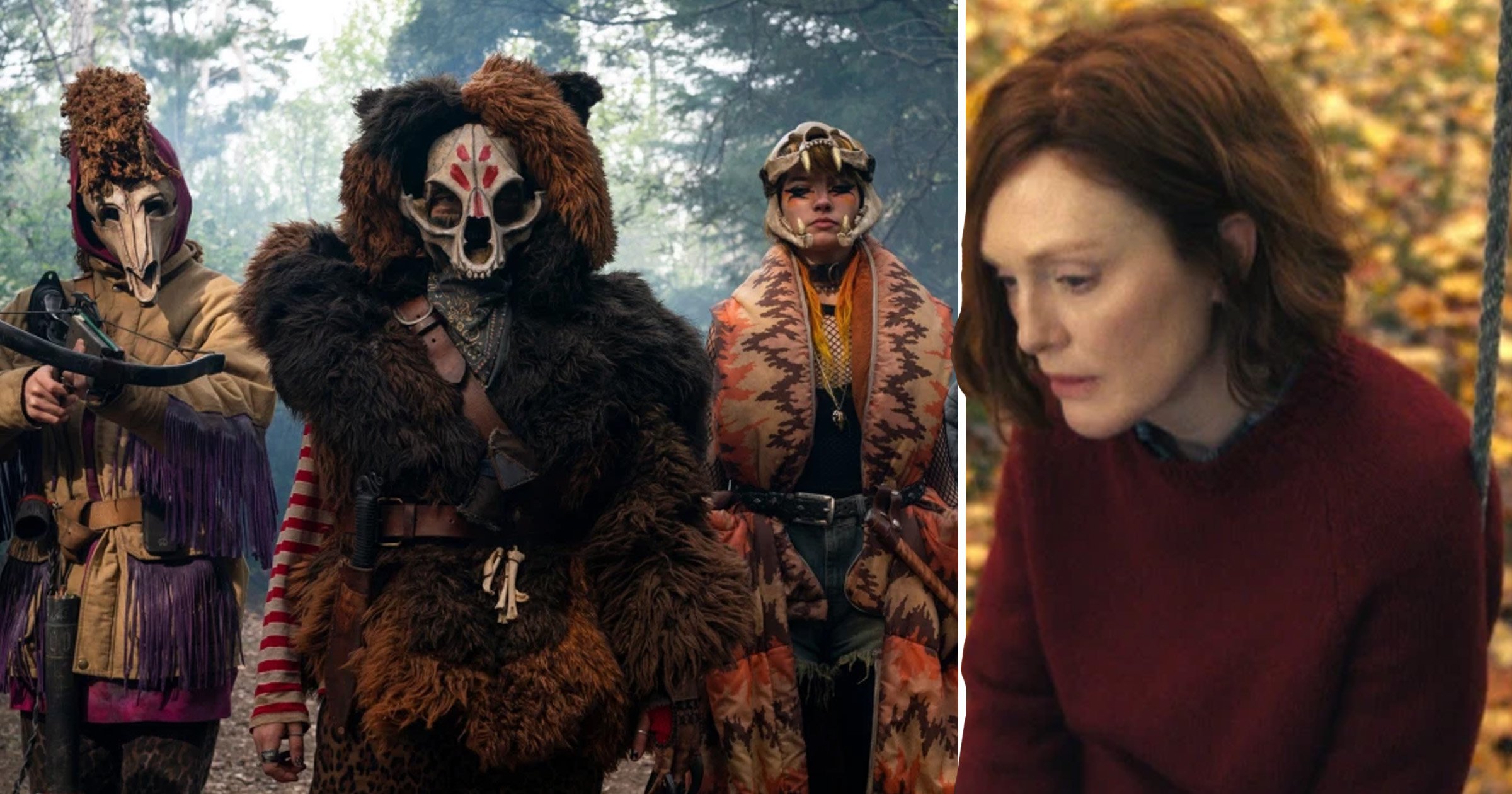 Not sure what to binge on TV this week? We’ve got your streaming needs sorted with some serious dramas.

Or go full meta with Panic, a new show with it’s own real-world panic room experience.

Looking for something less scary? Tense police drama Time will have you gripped, or step into the glittering world of the Queen of Soul with Genuis: Aretha.

A deadly pandemic has cut a fatal swathe across the world’s population and the few survivors are forced into a battle for survival as society goes rogue… this dystopian drama, which boasts Robert Downey Jr as executive producer and is based on Jeff Lemire’s DC Comics series, certainly cuts close to the zeitgeisty bone.

What makes it stand out from the crowded dystopian competition is a plot built around the curious emergence of a breed of half-human, half-animal hybrids on whom the future of the planet may hang.

The tiny but talented Christian Convery stars as Gus, a deer-boy complete with antlers, who must make sense of a world seemingly intent on destroying itself. It’s The Walking Dead meets Bambi, which is quite the mash-up.

It’s no surprise that it’s the music that shines brightest in this eight-part biopic – come on, it’s Queen of Soul Aretha Franklin we’re talking about.

Cynthia Erivo brings Aretha powerfully to life and when she’s carried away on waves of gospel and soul power, the spirits soar. The dialogue and the dramatisation, though, aren’t quite in the same league.

This latest Stephen King adaptation comes with the great man’s seal of approval – because the bestselling author has adapted his own story for the screen.

King’s presence has attracted a fine cast, with Julianne Moore as the widow of a novelist (Clive Owen, in flashback) who finds herself haunted by her late husband’s work – can her mind no longer tell the difference between fact and fiction?

Few can match writer Jimmy McGovern, whose credits include Accused and Hillsborough, when it comes to shining a human light on challenging political and moral issues.

In Time, it’s the prison system in the spotlight as McGovern explores the impact of incarceration on a teacher who finds himself thrown into a world that plays by its own set of rules.

A stellar cast, led by Sean Bean and Stephen Graham, star in a three-part story where the themes of forgiveness and personal responsibility give the drama its emotional cutting edge.

Episode one on BBC1 on Sunday at 9pm, the box set available straight after.

In a TV world that can feel overwhelming with new content, you’ve got to go the extra mile to stand out from the crowd.

So fair play to Panic for upping the game by adding an online escape room experience to its box of tricks, a move designed to bring us closer to its story of terror-struck Texan teens.

In the actual TV drama we follow a bunch of high schoolers desperate to flee the nowheresville town of Carp – the catch being that the only way out is to win the annual Panic (think Hunger Games, only more homespun), a challenge that taps into the deepest fears of the contestants.

But how would you do if the only way out was Panic? To find out sign up for free here where you and up to five mates can put the Panic up each other. It’s available from today until June 13.

The TV show is available now.

MORE : James Bond universe ‘could be expanded’ as Amazon takes over MGM

Who plays Prince Charles in The Crown?