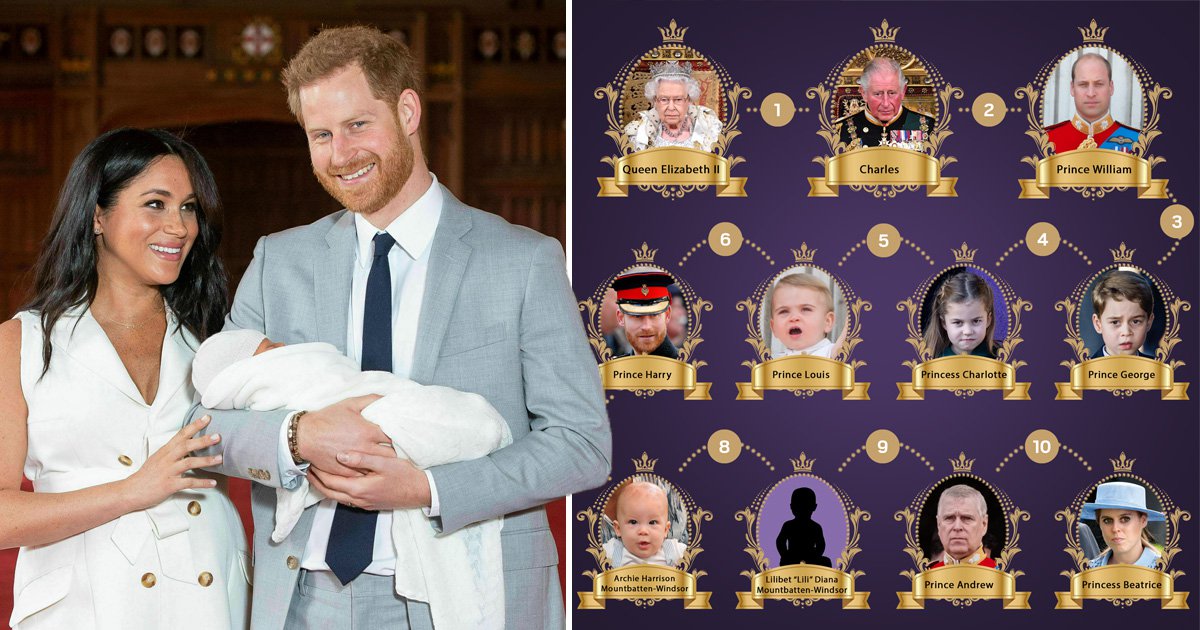 Prince Andrew dropped a place in the line of succession after the birth of the Duke and Duchess of Sussex’s second child.

Prince Harry and wife Meghan Markle announced on Sunday that they were ‘blessed’ to have welcomed Lilibet ‘Lili’ Diana Mountbatten-Windsor into the world.

She was named after the nickname her great-grandmother Queen Elizabeth II coined for herself as an infant, while her middle name was chosen to honour the prince’s late mum, Diana, Princess of Wales.

Even though the Sussexes are no longer working royals – after sensationally quitting duties last year – Prince Harry retains his place in the line of succession and their children enter it too.

Lilibet, who was born on Friday, is now eighth in line to the throne, behind her elder brother Archie Mountbatten-Windsor.

With the arrival of Lili, Prince Andrew, Duke of York, who was born second in line in 1960, has moved down to ninth place.

Andrew stopped carrying out royal duties in 2019 following his bombshell Newsnight interview over his friendship with convicted paedophile Jeffrey Epstein.

His youngest, Princess Eugenie, has fallen out of the top 10 to become 11th in line, and her son August has moved to 12th place, the Earl of Wessex to 13th place and the Princess Royal to 16th.

There will be further changes in the autumn when Beatrice’s baby arrives and becomes 11th in line.

The Queen’s great-grandchildren are: Savannah and Isla Phillips; George, Charlotte and Louis; Mia, Lena and Lucas Tindall; Archie and his sister, and August Brooksbank.

Beatrice’s son or daughter will become the monarch’s 12th great-grandchild.

MORE : The touching significance behind Harry and Meghan naming their daughter Lilibet