SARA Haines returned as co-host for ABC’s The View in 2020 after a two-year absence.

Sara Haines and her View co-hosts[/caption]

Who is Sara Haines?

Sara Haines is a television host and journalist.

She has worked as a correspondent on Today, ABC News, and Good Morning America.

She previously co-hosted The View from 2016 to 2018, taking a break and occasionally filling in as a guest host from her home while the show taped remotely.

Sara co-hosted ABC’s daytime spinoff, GMA 3: Strahan, Sara & Keke, after her departure from The View, but the show was canceled.

She is a native of Newton, Iowa, and resides in New Jersey with her family.

When did she return to The View?

Sara returned to the daytime talk show for Season 24, which premiered September 8, 2020.

What is The View about? 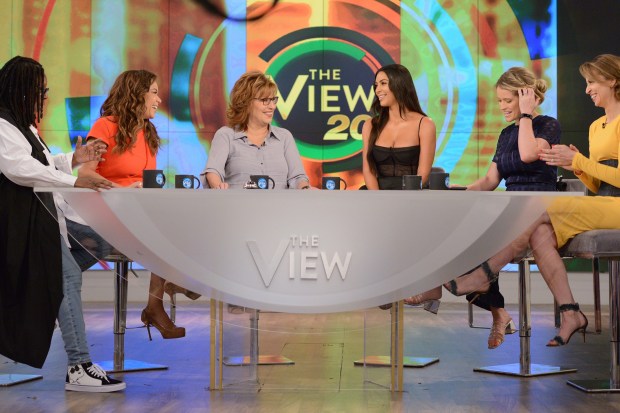 The View is a daytime television talk show featuring a panel of women from all generations and backgrounds.

Sara confirmed the news on Instagram, uploading a picture of her holding a View mug on her couch with her two children.

“Loving all of my “views” right now

. This mug has seen enough of the couch and is ready to return to the @theviewabc table (metaphorically speaking in these times) next week!!! We are overdue for some good times in 2020 – let’s do this!!” she wrote.

Sara said the group were ‘overdue for some good times’[/caption]

In a press release put out by the network, Sara continued that she grew up watching The View, and admires “what this show stands for — different women, different backgrounds and different points of view” and that it’s content “just speaks to my soul.”

“I feel like I caught a shooting star twice,” she said.

“To once again be a part of the dialogue where I can share, discuss, and disagree alongside these powerful and strong women is a tremendous honor. I feel very lucky.”

What political party is she?

Having grown up in the Midwest, Sara has described her views as “extremely conservative.”

She said they turned more middle-of-the-road after her college years. She attended the liberal Smith College, and her brother came out as gay, turning her political views into a “melting pot of beliefs.”

Who else is on The View?

The View airs weekdays at 11 am on ABC.

How many episodes of Younger are there?