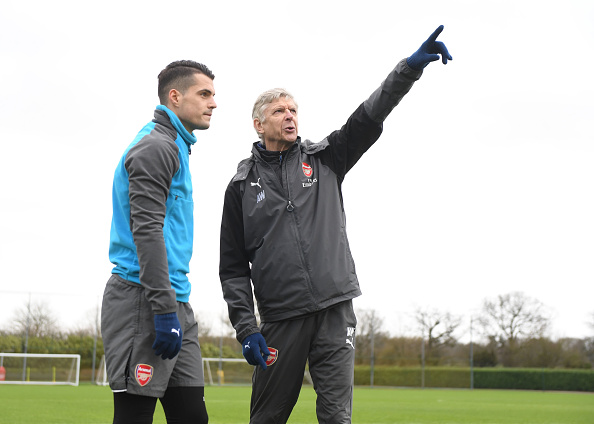 Granit Xhaka is set to fulfil a huge personal ambition by joining a club managed by Jose Mourinho.

The Switzerland international is ready to depart Arsenal after five years with the north London club and join Roma, who recently appointed Mourinho as the successor to Spurs-bound Paulo Fonseca.

Xhaka joined the Gunners in the summer of 2016 from Borussia Monchengladbach for a fee of £35million, but Arsenal will recoup less than half of that after lowering their demands earlier this week.

The 28-year-old has proven to be a divisive figure over the course of his career at the Emirates Stadium but has been a mainstay under three successive managers, despite a string of high-profile errors and disciplinary issues.

According to ESPN, Xhaka felt his adaptation period under Arsene Wenger, the manager who brought him to England, was undermined by the Frenchman’s disregard for the tactical side of the game, particularly in relation to positional discipline.

Mourinho’s star has waned somewhat since his trophy-laden stints at Chelsea, but Xhaka is said to be confident the 58-year-old can help him build on the progress he made under Mikel Arteta last season.

Xhaka produced, arguably, his best performances for the club over the course of the last 12 months, despite Arsenal’s struggles which culminated in a failure to qualify for European competition for the first time in 25 years.

Speaking about his disappointment at Arsenal’s decline on Thursday, Xhaka said: ‘Football is a team sport and you’re only as good as your team..

‘Of course, it was a good year for me personally. I’ve always played and performed.

‘But the place at the end of the season is, of course, really bitter and disappointing for us.’

Crocodile attack: How are twins Melissa and Georgia Laurie doing?