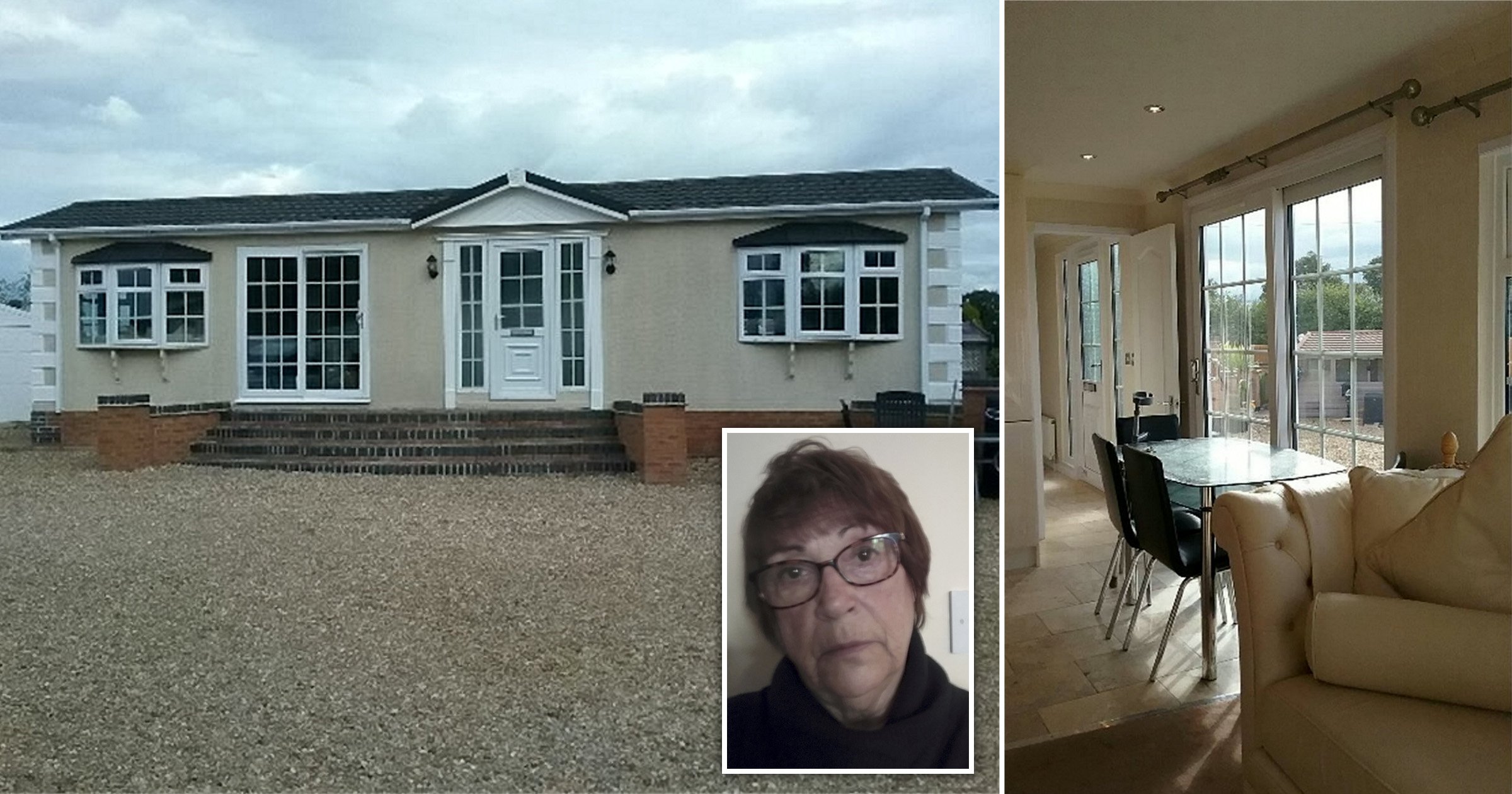 Two thieves literally left a widow homeless after driving away with her 10-tonne caravan, a court heard.

Sonia McColl, 72, lost her home when the crooks broke into a haulage yard and lifted the fully furnished 40ft house trailer off its base, swung it onto a low loader and made off.

She was not insured and was left with just the new curtains she wanted to hang up. It was being moved to her daughter’s place in North Devon and had stopped off to be fitted out.

Travelling showman Stewart Gregory, 43, from Surrey, and haulage worker Darren Beasley, 43, from Devon, stole the £30,000 caravan while it was parked up, Exeter Crown Court heard.

Gregory denied theft but was found guilty after trial, while Beasley had earlier admitted the same charge. Both will be sentenced next month.

Ms McColl, who was made an OBE in 2014 for her campaign work to safeguard park home owners’ rights, said the convictions bring to an end ‘four years of hell’.

She said at the time of the theft: ‘I’m devastated and shocked. I still am, I’m numb. They’ve taken everything I’ve got.’

Speaking after Gregory’s trial, she said she is now looking forward to going to court to see the thieves’ ‘wicked evil faces in the dock’.

Ms McColl said: ‘At last, after almost four years of suffering homelessness, a lot of stress, anxiety, insults, defamation of character and having to fight every step of the way for justice, the verdict is guilty.

‘I will be there and will read out my impact statement before sentencing – and I can’t wait to see their wicked evil faces in the dock.

‘This has been such a long road – but made so much easier by my amazing family, friends and so many wonderful park home residents.

‘Although I admit to being very tired, I hope this verdict sends a clear message to anyone who might attempt to damage/hurt a park home resident.

‘More importantly I hope this verdict will go some way to help any resident faced with similar problems. Just dig your heals in, fight and refuse to allow anyone to blight your life.

‘I was frightened and it was difficult but I refused to listen to threats about giving up the justice campaign. Once again my very sincere thanks for your support.’

Gregory’s Iveco trailer unit was caught on CCTV removing the static caravan and mobile phone data showed he had driven from his home in Surrey for the theft.

Traffic cameras tracked the trailer moving across the country but the home was never recovered.

Gregory denied the charges and claimed he lent his phone and truck to a mystery Eastern European man named Ash.

Ms McColl is the founder of the Park Home Owners Justice Campaign and was made an OBE for her tireless campaigning to protect home owner rights.

Her campaign got the law changed to stop unscrupulous mobile home site owners from blocking and selling homes.

Both defendants will return to Exeter Crown Court on July 2 to be sentenced.

UK Covid cases rise by 74 per cent in a week to 7,540 in highest leap since February

Talented actor, 17, dies falling from M60 motorway bridge as pals remember him as ‘ray of sunshine’