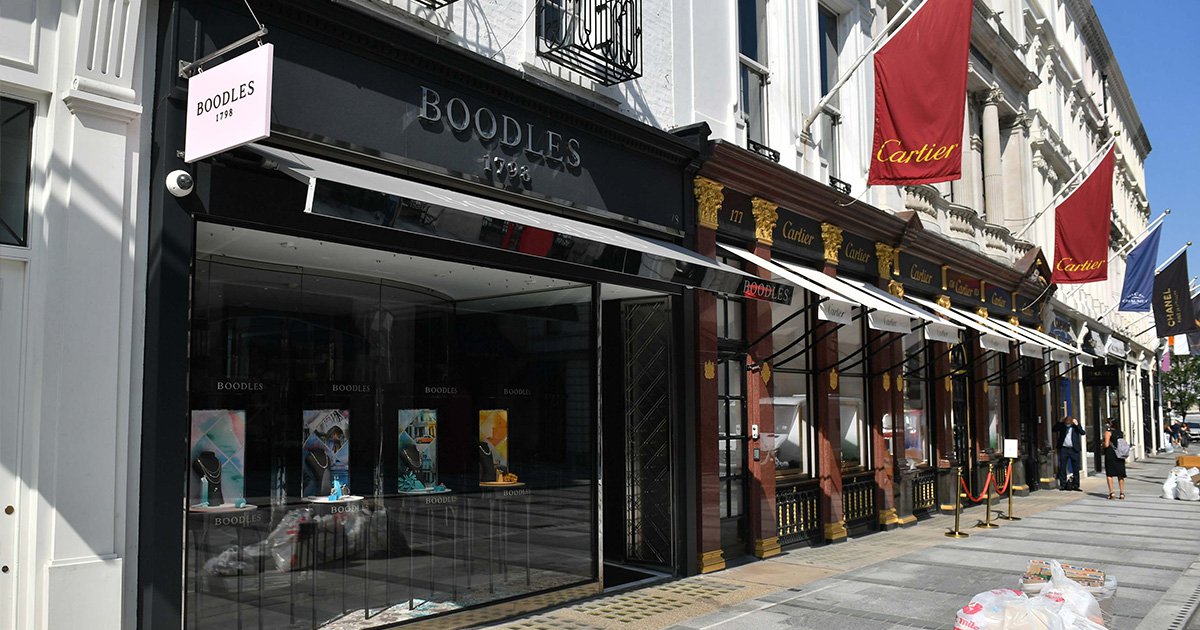 A woman accused of stealing £4.2million worth of diamonds by swapping them for pebbles has claimed she’s been confused with her late sister.

Lulu Lakatos, 60, alleges it was actually her sibling Liliana Lakatos who was captured on CCTV switching a padlocked purse full of expensive diamonds for a identical duplicate at Boodles in Mayfair.

Prosecutors claim Lakatos had posed as gem expert ‘Anna’ to examine the diamonds at the luxury jewellers, acting on behalf of a group posing as wealthy Russian buyers.

While in the basement showroom of the New Bond Street shop, cameras captured the moment ‘Anna’ switched the two purses while boss Nicholas Wainwright was on the phone.

After becoming suspicious, Boodles’ diamond expert, Emma Barton, examined the purse that had been put back in the vault and found inside seven small garden pebbles.

Prosecutors claim the fake gemmologist Anna was Lakatos, who denies conspiracy to steal on or before March 10 2016 at Southwark Crown Court, where she is standing trial.

But defence barrister Ioana Nedelcu said on Thursday: ‘The defence raised a defence of identity and stated the person on the camera is Liliana Lakatos, her sister.’

The court heard how DNA testing of the gems revealed traces of both Lakatos and her sister, who died aged 49 in a car accident in Constanza, Romania, in October 2019.

Finger marks left on the glass table in the Boodles showroom could not be matched to Lulu Lakatos’s prints, jurors were told.

Ms Barton picked out Liliana, who had a string of convictions for theft and was wanted in Switzerland for theft and fraud, as the person who stole the diamonds in an ID parade.

Lakatos, who was born in Romania but has lived in Sant-Breuic, France since 1984 gave evidence through a French interpreter.

Asked about her sister, she said: ‘She had an accident and passed away’ before being shown a death certificate.

The court heard Lakatos has three previous convictions for theft in France up to 2006 but the defendant said she changed her ways finding work in schools, canteens and as a cleaner.

‘I went through a difficult time financially. I know it’s wrong to do it,’ she told jurors.

‘I have stopped because I was too scared to carry on with my life like this, so I tried to find other means.’

Lakatos said she had not been in the UK since a trip in 2012 and claimed her sister used her passport to enter the country.

She said Liliana confessed to the crime months before her death and said she didn’t believe she had intended to get her into trouble.

Two others, Christophe Stankovic and Mickael Jovanovic, have already pleaded guilty to conspiracy to steal over the theft.

Love Island spoilers: Furious Chloe slams Toby after new girl Abigail tells him to ‘dump her and get with me’