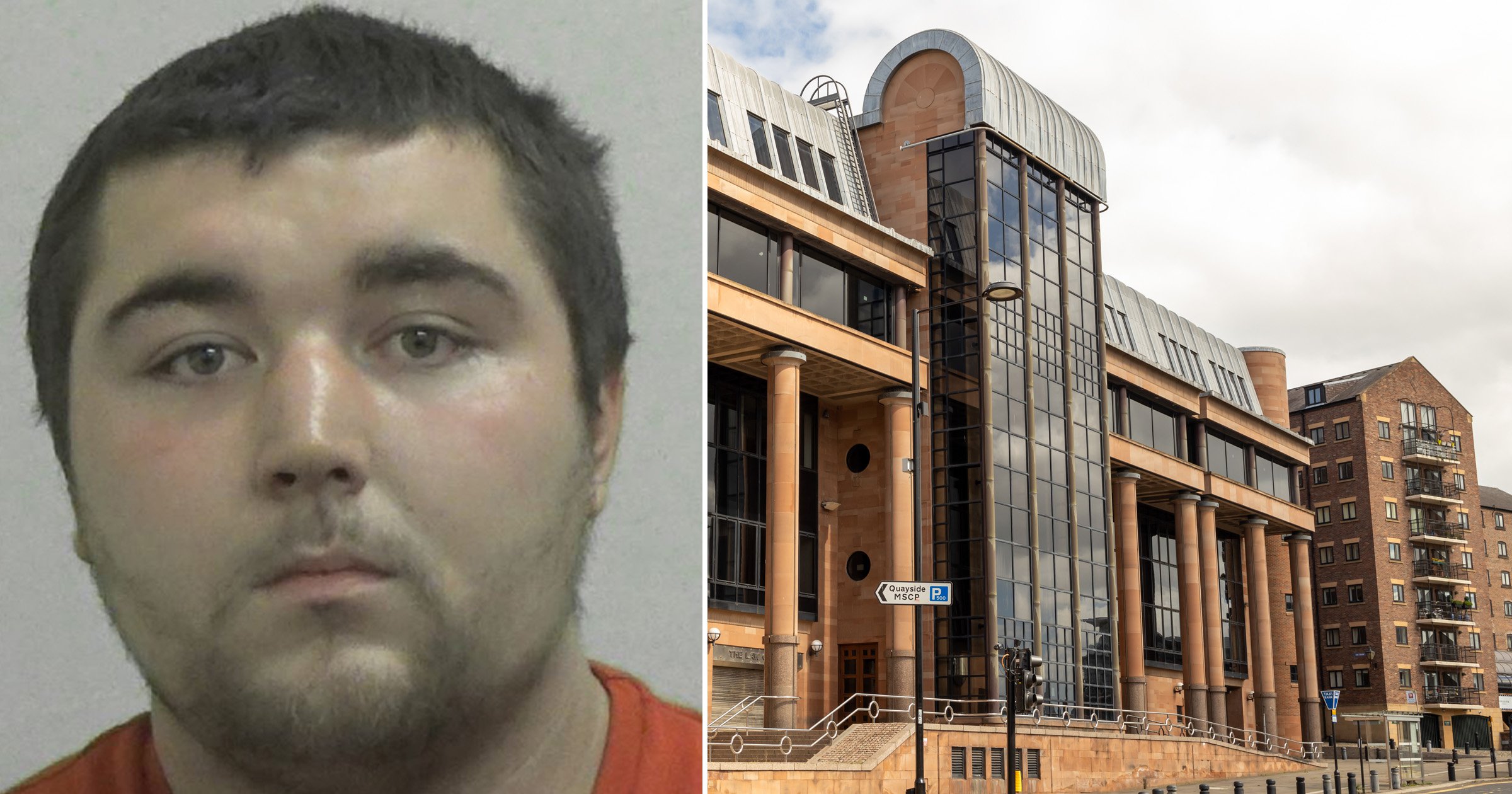 A woman who suspected her ex-boyfriend had cheated checked his Instagram messages to find he was a paedophile.

The vile predator lied about his advances, telling police ‘it was all a ruse to get out of his relationship’, Newcastle Crown Court heard.

But he was sent to prison for two years after later admitting using fake profiles to send ‘dirty’ messages’ as ‘it was more likely the girls would respond’.

The truth came out after Davison’s girlfriend began to harbour suspicions of an affair as he was always glued to his phone.

She was ‘shocked’ to find her former partner, then 20, had asked a girl who said she was 13 to send videos of her touching herself.

Ms Dowling told the court: ‘She replies “okay” and a video is sent.’

‘Chat logs show he tried to contact other young girls but they refuse to engage in such conversation with him.’

The two girls from the conversations in 2019 were tracked down by police, but officers couldn’t trace the 13-year-old Davison spoke to the year before.

Penny Hall, defending, said Davison ‘can’t explain why he got himself into conversation with younger people’.

She added that he was ‘still a young man’ who had a ‘level of immaturity and naivety’.

He was sentenced to two years after pleading guilty to one count of attempting to incite a 13-year-old girl to engage in sexual activity, and two counts of sexual communication with underage females.

Judge Robert Adams said his offences were ‘too serious for a suspended sentence’.

Kim Kardashian ‘fine’ with husband Kanye West dating again and why wouldn’t she be?

Mercedes driver high on cocaine and cannabis slammed into boy, 6, at 60mph and ‘didn’t care if he was alive or dead’