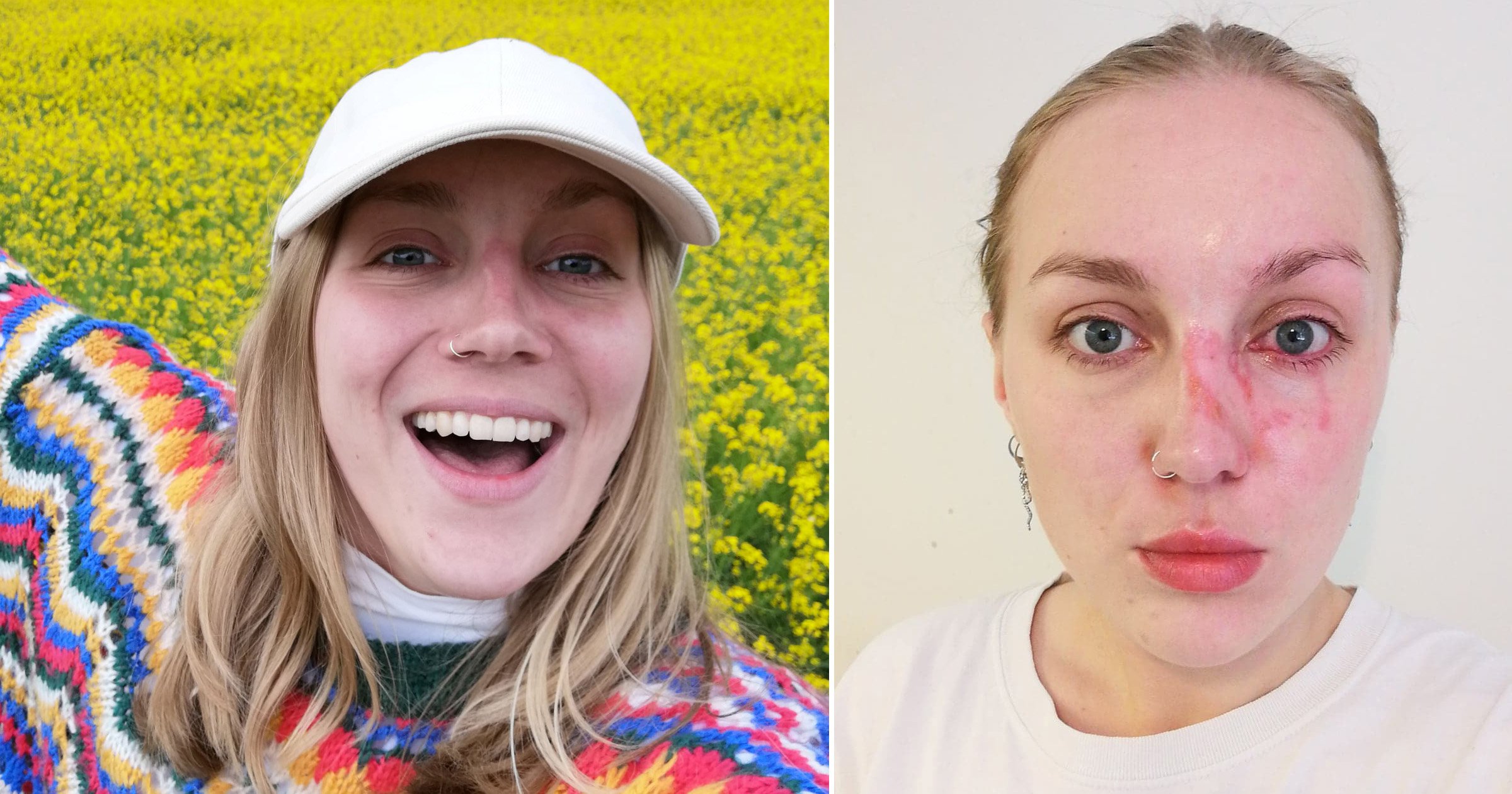 A woman was lucky not to be blinded when a lit candle lantern fell into her eye at a party.

Lynn Baird, 27, suffered second degree skin burns and 80% erosion to her cornea during the ‘freak accident’ at a friend’s birthday bash on May 22.

She had been trying to help another pal release their floating lamp when the wax cube came loose and hit her in the face while still alight.

The English teacher, from Broxburn in West Lothian but now living in the Czech Republic near Brno, was left in ‘agony’ as the melted wax sealed her eye shut.

She frantically tried to wash it off before being rushed to the nearest hospital in Kyjov.

Lynn said: ‘The nurse mentioned that she’d never seen anything like this in her life.

‘My eyesight was very blurry and it hurt to have my right eye open and my face looked and felt very, very raw.’

She saw two more doctors the following week for a check-up where she was given the good news that it was unlikely she will be left permanently scarred.

Lynn went on: ‘My eyesight is a tiny bit worse on the right side but it’s nothing I can’t deal with considering I already wear glasses.

‘I feel lucky because while it was an unlucky, freak accident, I’ve come away relatively unscathed.

‘I still have my sight, the injury is becoming less visible by the day and it could’ve been far worse had my friends and the doctors not done the things they did to help.

‘It’s very possible if the burns had gone deeper I could’ve been blinded.’

Lynn said the lanterns ‘are dangerous for many reasons’ and urged anyone using them ‘to be really careful’.

She said: ‘They’re not always properly made and to be honest, I’m glad it was me who ended up injured, rather than a child, a friend, or an animal.

‘They’re not just an innocent party piece. Don’t make the same mistake that I did.

‘I won’t be using one again personally, that’s for sure and I’d strongly suggest others do the same.’

Young driver kidnapped at knifepoint then held captive for a day

Man, 35, is battered to death in quiet street as six boys aged between 16 and 17 are arrested for murder