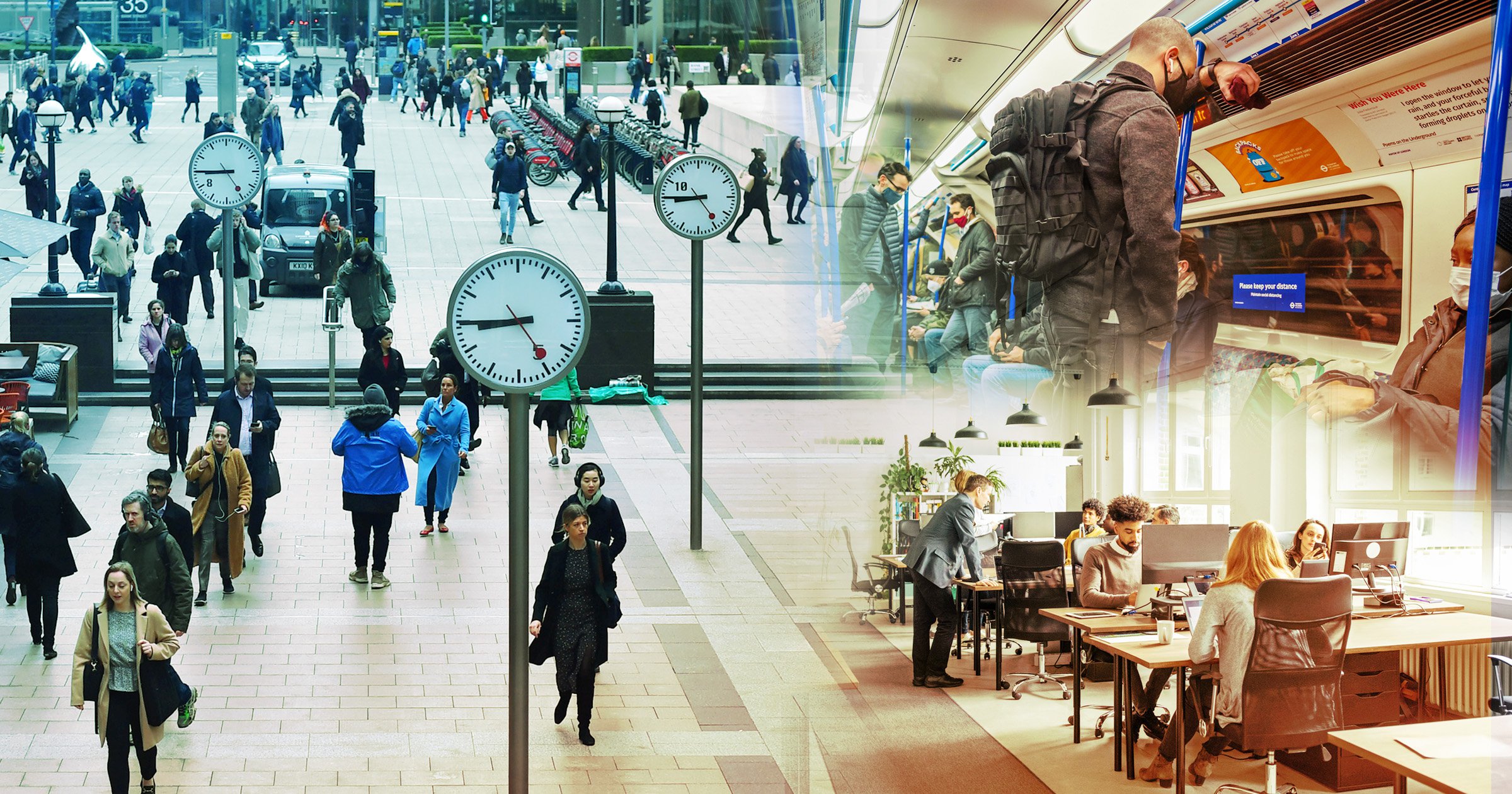 Work from home guidance may remain in place beyond June 21 as ministers weigh up which restrictions can be lifted.

Government officials are said to be considering whether to delay the return of workers to offices in order to allow other measures to be eased.

Boris Johnson has pencilled in June 21 for the final step in his roadmap out of lockdown, when it had been hoped all remaining legal limits on social contact in England could be removed.

But a firm decision on how to proceed is not expected to be made until a week beforehand, by which time the prime minister and government scientists will have the benefit of the most recent data on the impact of the Indian coronavirus variant.

Postponing the return to offices is seen as being among the least economically damaging options to curb the spread of the virus.

A Treasury source told The Telegraph: ‘Obviously, working from home does have some consequences, but there’s no difference between now and two weeks’ time because the economic support will still be in place. There’s not that imperative to change the advice.’

Health Secretary Matt Hancock earlier this week declined to rule out the trade-off.

He said while the data did not demonstrate ‘we are definitively off track’ with plans to move to the final stage of the unlocking process later this month, he cautioned that it was too early to tell.

The Times previously reported that ministers wanted to ‘prioritise’ the ending of social-distancing measures such as the rule of six and the one-metre plus rule, which would help the hospitality industry get back on its feet.

Amid the rise in cases and the surge of the India variant, it was suggested that ministers could decide to keep some less restrictive measures in place.

The coronavirus reproduction number, or R value, in England has increased and is now estimated to be between 1 and 1.2, according to the latest Government figures.

R represents the average number of people each Covid-19 positive person goes on to infect.

When the figure is above 1, an outbreak can grow exponentially but when it is below 1, it means the epidemic is shrinking.

An R number between 1 and 1.2 means that, on average, every 10 people infected will infect between 10 and 12 other people.

Man, 21, charged over murder of flower seller Tony Eastlake who was knifed to death near his stall in Islington

How do I donate to the Jordan Banks GoFundMe page and what have his parents said?