ANY evidence that the Covid-19 pandemic was caused by a lab leak has probably been destroyed by China, the former head of MI6 has warned.

Sir Richard Dearlove believes the world may never be able to prove the theory if relevant data from the Wuhan Institute of Virology has disappeared.

China has likely destroyed any evidence that Covid-19 was leaked from the Wuhan Institute of Virology, according to the former head of MI6[/caption]

Speaking to The Telegraph’s Planet Normal podcast, he said western countries have been “naive” in their trust of China.

He added that scientists who wanted to speak out about “gain of function” experiments in the country have probably been “silenced”.

Sir Richard, who headed up the secret intelligence service between 1999 and 2004, said: “The People’s Republic of China is a pretty terrifying regime and does some things we consider unacceptable and extreme in silencing opposition to the official line of the government.

“We don’t know that’s what’s happened, but a lot of data has probably been destroyed or made to disappear so it’s going to be difficult to prove definitely the case for a gain of function chimera being the cause of the pandemic.”

He added that scientific analysis is extremely important now because, although the lab leak theory could be difficult to prove, researchers could still determine whether the virus was man-made.

Sir Richard said: “In the end, it’s going to boil down to scientific evidence because the data is no longer available, unless some courageous Chinese individual, probably a scientist, comes forward.”

Last week, Joe Biden launched a probe into the origins of the Covid-19 pandemic and said the intelligence community will report back to him within 90 days.

The announcement was criticised by China, with foreign ministry spokesperson Zhao Lijian saying that the US does not care about “facts or truth”.

He said: “The US side claims that it wants China to participate in a comprehensive, transparent evidence-based investigation.

“We would like to ask the US side to do the same as China and immediately cooperate with the World Health Organization on origin tracing research in a scientific manner.”

An editorial published by Communist Party-run Global Times claimed the American government is “full of arrogance”, blasting the theory that the pandemic began following a lab leak in Wuhan.

The article also accused the American government of “playing political games to hijack science” by demanding that the WHO should “serve the political interests of the US”.

The report alleges that China then reverse-engineered versions of the disease to make it seem like it was naturally sourced from bats.

The authors of the 22-page British-Norwegian vaccine paper write that “SARS-Coronavirus-2” – the technical name for the virus – has no credible “natural ancestor”.

They add that it is “beyond reasonable doubt” that the disease was produced through “laboratory manipulation”.

Man, 35, charged with murder of boy, 14, stabbed to death outside McDonald's

British intelligence are said to be recruiting Chinese whistleblowers on the dark web over fears Covid leaked from the Wuhan lab.

Experts have reportedly assessed the theory and upgraded its likeliness from “remote” to “feasible”, according to The Sunday Times.

The dark web – the shadowy underbelly of the internet – allows Chinese sources to share secrets without fears of being caught by the Communist Party. 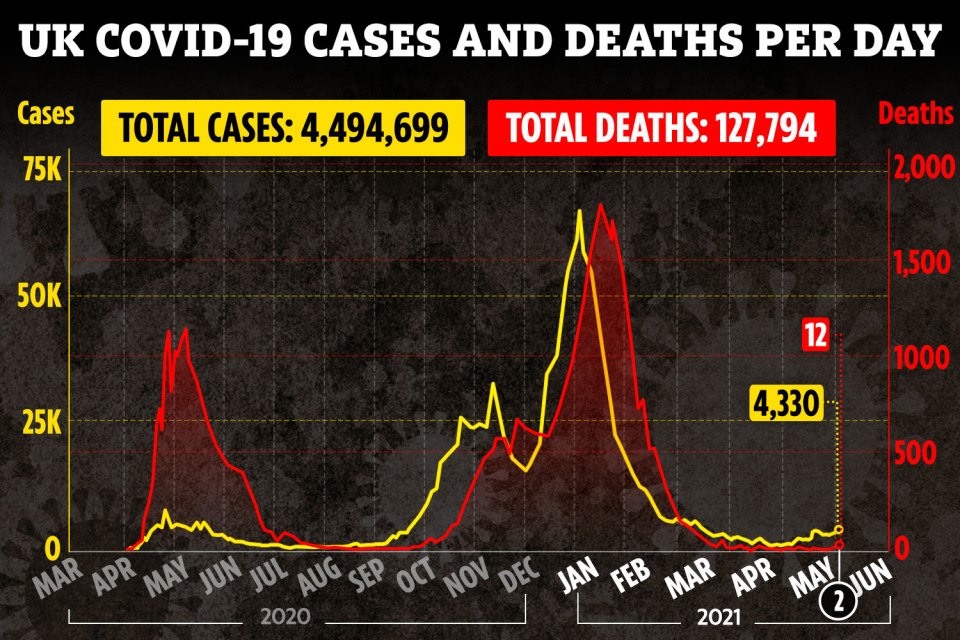 Heartbreaking video of boxer Frank Varey, 16, playing before he drowned as pal says ‘I tried everything to save you’