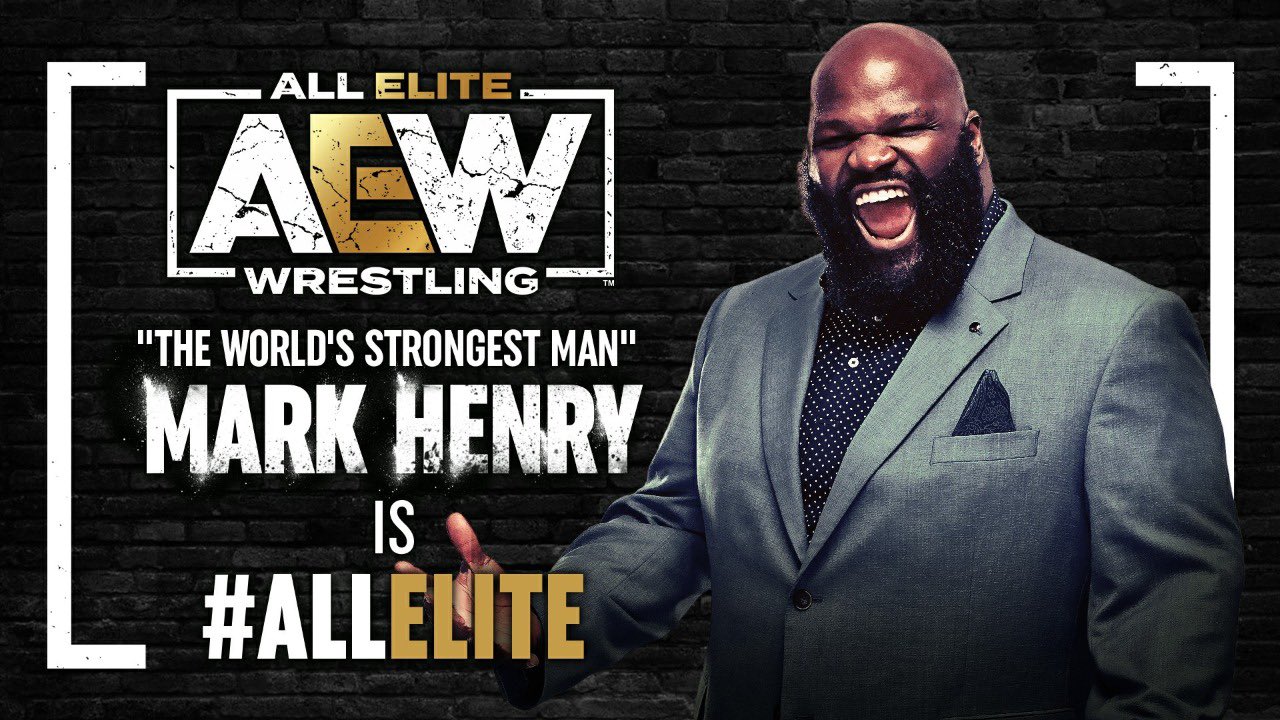 Mark Henry signed with AEW this month and he’s already offered some advice to the roster.

The World’s Strongest Man – a WWE Hall of Famer and legend in the business – certainly knows his stuff, and he’s given a helpful tip to the company’s stars when it comes to making their shows flow better for fans.

Speaking to Renee Paquette on her Oral Sessions podcast, he said: ‘Wrestling-wise, I want to see less… I want everyone to watch the matches before them because there is a repetition thing.

‘Repetition is a pet peeve of mine and I feel you’re not watching the product if you go do something and someone else did the same thing.

‘I love the [Young] Bucks doing superkicks. Why are there three matches on the card where someone does a superkick before them? If that was me, I would be upset about it.’

Henry – who joined All Elite Wrestling as an analyst and talent scout after more than two decades with WWE – also urged the company to learn from its rival when it comes to work away from the ring.

‘We have to work on the social media aspect of what’s going out and what’s being portrayed that you want to be an example of what people see,’ he explained.

‘AEW is more brash and has more of an adult feel, but you have to counter-balance that.

‘You have to do stuff in the community and with live events where you give back to the city and be an example instead of a problem.’

Meanwhile, the huge star recently showed off the hard work he’s put into getting in better shape.

The World’s Strongest Man – who still holds the WDFPF world records in the squat, deadlift and total – looks to be in incredible shape as he posed for the camera with a huge smile on his face.

Revealing his current target, he tweeted: ’20 pounds to go.’

The 49-year-old Hall of Famer retired from the business in 2017, but last month he revealed he’s keen to get back in the ring for one more run.

To get himself back in shape, the former world champion had already dropped almost six stone before revealing his latest milestone.

‘Listen, I’m going to go out there in really good shape. I’m already 80 pounds lighter than I was when I had my last match,’ he said on Booker T’s podcast.

‘I’m going to be in really good shape. It’s going to take a good man to beat me, but it might not take him long.

‘At 50, they don’t expect me to go out there and have a 20 minute, five-star match, just to be honest. I’m telling you that right now.’

Who went to prom with Khloe Kardashian?