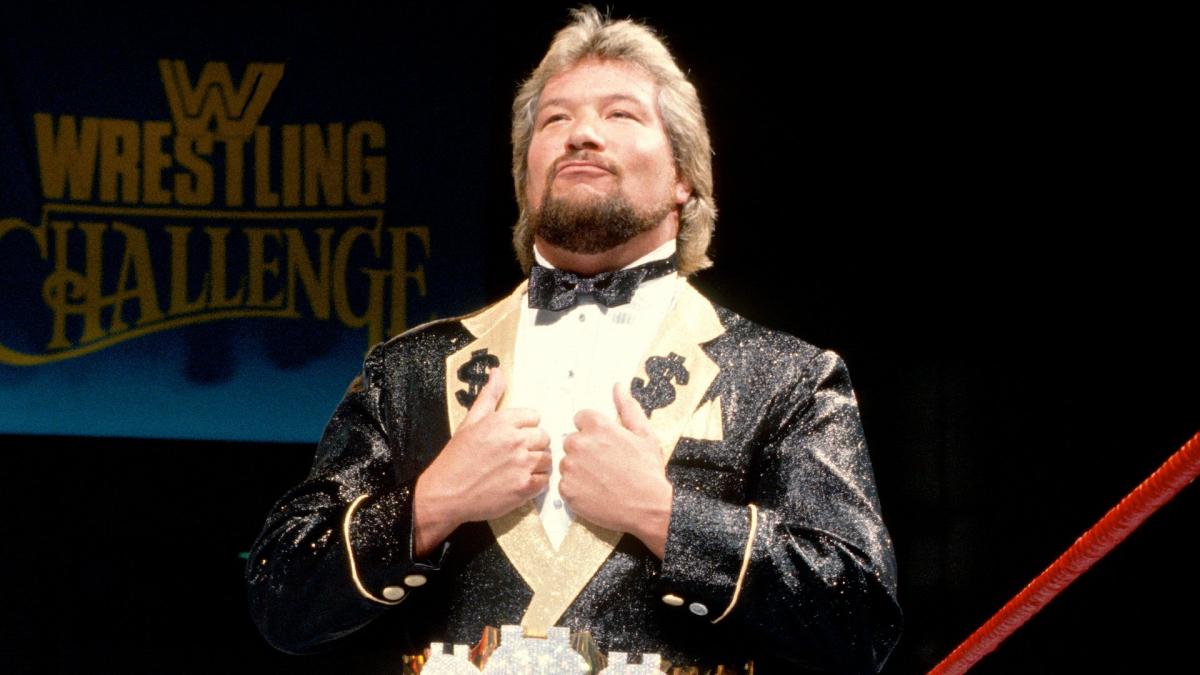 The Hall of Famer – who has been part of the recent storyline between LA Knight and Cameron Grimes – has been welcomed back by viewers, and it sounds like the Million Dollar Man has been on hand behind the scenes for anyone smart enough to take him up on the offer.

Speaking to Metro.co.uk before NXT TakeOver: In Your House, Triple H said: ‘Look, you can’t have somebody like Ted DiBiase be around and be at your shows without young talent going over to him and picking his brain, and him injecting and helping them learn.

‘It’s a wonderful part of having somebody like him around. Look, not everybody in that generation comes around and is helpful or whatever. Some wanna be, some don’t.

‘Ted is of a mindset that he just wants to help and he wants to give information. If talent wanna talk to him, he’ll talk to them all day and answer questions and do stuff.

‘So, it’s awesome having him around. I love it, the talent love it.’

On Sunday night (June 13), DiBiase’s iconic Million Dollar Championship will be on the line as Grimes and Knight meet in a Ladder Match.

The title – which has only been held by the man himself, his son Ted DiBiase Jr., The Ringmaster (Steve Austin) and Virgil – was revealed during Tuesday’s episode of NXT, and there was a buzz around the Capitol Wrestling Center in Orlando.

Triple H added: ‘I can tell you, one of my favourite things just recently has been this week when we unveiled the Million Dollar Title. They brought the case out for the first time in the afternoon as we were going to practice putting it on the podium.

‘They opened it for the first time and there was a pile of talent all over the building. The reaction to everybody seeing the Million Dollar Title was awesome.

‘It’s just one of those things where like, there was one original title and it didn’t get redone, it didn’t get rebooted or remakes. There were some replicas that were sold but not the real deal.

Younger series finale explained: Does Liza end up with Charles or Josh?

‘When you have the real deal there – everybody just came over and was looking at it and was in awe of it. It was a really great reaction.’

For many of the wrestlers plying their trade on the WWE brand, the Million Dollar Title is the stuff of legend and something they grew up seeing, so seeing it in person was something they’ll never forget.

‘Those moments, the Million Dollar Title,’ he said. ‘It brings people back to a time in their life and their history, something special to them. For a lot of those talents, seeing that in person was quite a moment. It was cool to see.’

*NXT TakeOver: In Your House airs Sunday (June 13) on the WWE Network.