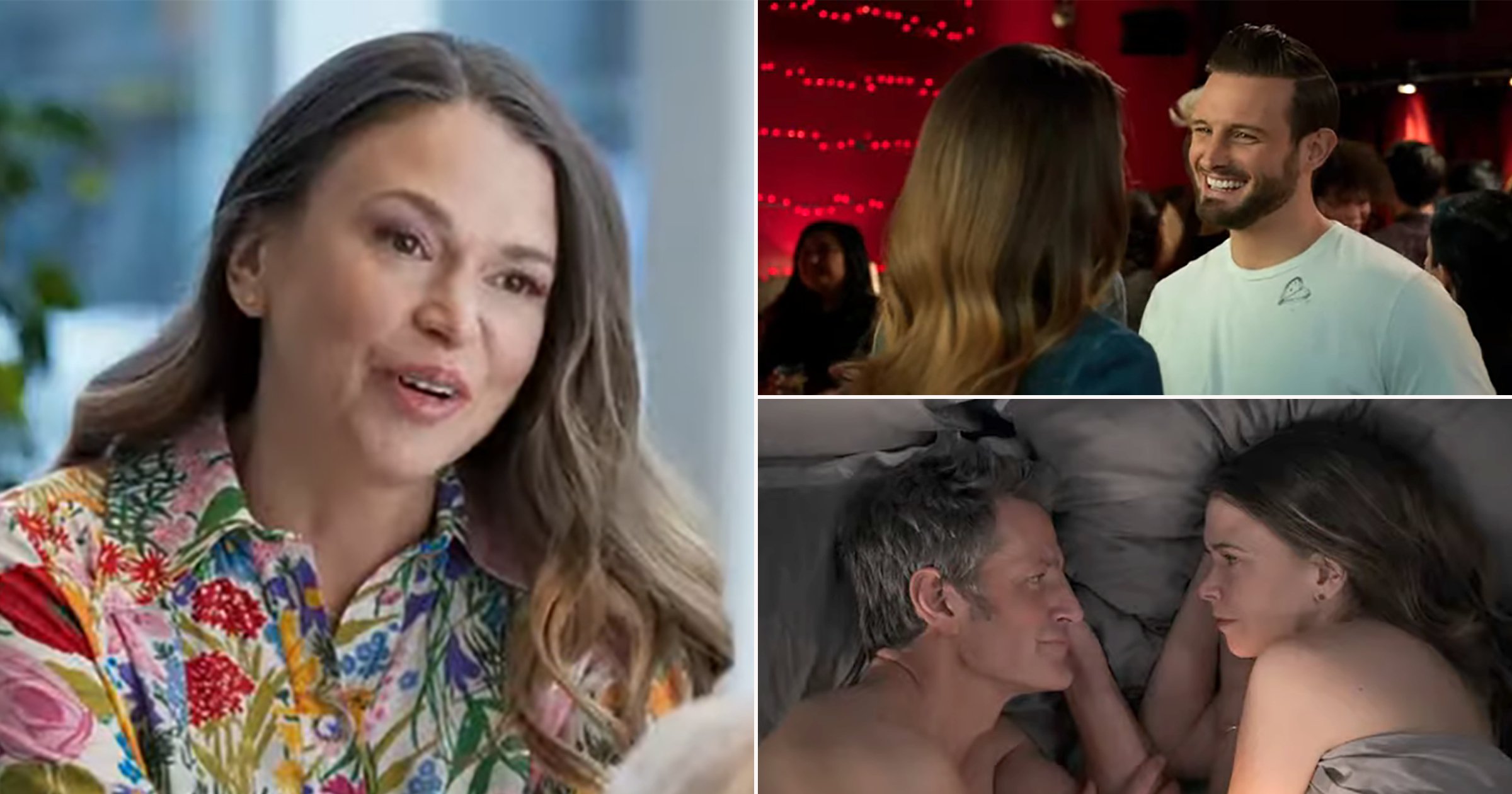 The moment Younger fans have been waiting has arrived – and the finale ended in a way none could expect.

After seven seasons of love triangles, break-ups, make-ups, and a romantic proposal, Liza (Sutton Foster) and Charles (Peter Hermann) finally decided how things would end for the relationship.

Sorry Team Charles fans, but they didn’t get the Happily Ever After that we all assumed would happen.

In fact, things ended up going right back to the start as Liza appeared to be reconnecting with Josh (Nico Tortorella).

Here’s what went down for Liza, Kelsey (Hilary Duff) and the rest of the gang in the Younger finale…

Charles and Liza broke up for good

Yep, the series ended with Charles and Liza realizing that they just aren’t able to make their love endgame after all.

Liza’s habit of keeping secrets from Charles was clearly more of an issue than we thought because he admitted to testing her in the final episode when Kelsey’s Inkubator was seeking new investors.

Liza clearly didn’t feel good about that and it led to their split. But don’t worry guys, they both still have a happy ending that leaves them in an amicable place.

Liza secretly entered Charles’ Henry Cane manuscript to the prestigious Yaddo writers community (yep, yet another secret) and he got in.

He then decided to finally live out his writer dreams – meaning he had to put Liza in charge of running the entire ship as editor in chief for Empirical. A major job promotion that every fan will be happy to see.

Liza and Josh rekindle their connection…kinda

In the final scenes, Liza is at the bar when she bumps into the other big love of her life – Josh.

After recreating their first conversation, Liza noted that she didn’t know Josh was there.

He replied: ‘Really? Because you know what, I’ve been right there by your side all along.’

We’re guessing this is a Darren Star’s way of allowing Team Josh fans to have their prayers answered, to an extent.

Josh is running a successful business, he has a baby with Claire (Phoebe Dynevor) and they have co-parenting down to a tee. Plus, he just bought his whole building from his landlord – what more could Liza want?

Kelsey got a new job with Reese Witherspoon

Everyone’s favorite millennial finally got to break free from Empirical and launch her own thing after Reese Witherspoon’s Hello Sunshine became investors in her million-dollar idea, Inkubator.

This meant Kelsey ended the series with plans to move out to LA, and that her path was heading in a different direction without her work bestie Liza. Sob!

There had been plans for this plot to lead into a Kelsey-centric spinoff but that’s not happening anymore now that Hilary has signed on to star in the How I Met Your Father reboot series at Hulu.

Speaking about how he ended the series, Darren Star told the Los Angeles Times: ‘The show was never about Liza finding a man; it was always about Liza reinventing herself.

‘She’d already had a marriage, she was looking to have a career. So I never really thought it was such a binary thing — Josh or Charles.’

‘And I didn’t felt the pressure or obligation to have this big, romantic endgame for her because, to me, at its heart, that was never really what the show is about.’

Younger is available to stream on Paramount+ in the US, while fans in the UK can currently tune into previous seasons on Comedy Central.

MORE : How I Met Your Mother spin-off finally confirmed – with Hilary Duff starring as ‘new Ted’