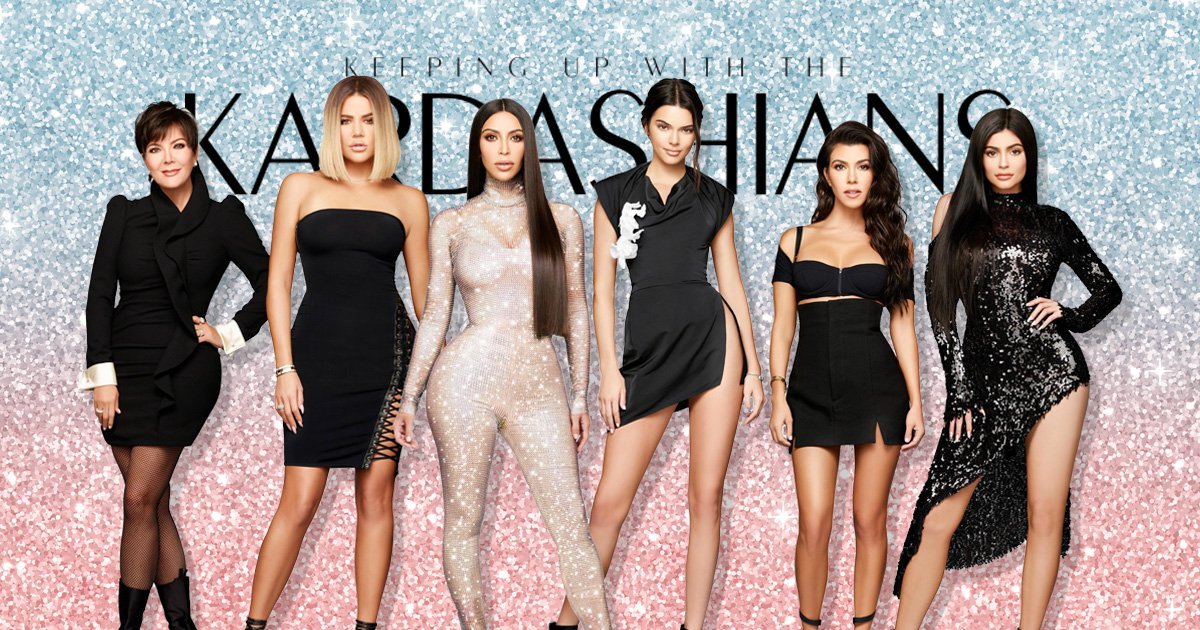 Keeping Up With The Kardashians is finally coming to an end, with the season 20 finale airing in the US tonight.

After nearly 14 years, and more than 260 episodes, the E! Series following the lives of Kim Kardashian and sisters Kourtney and Khloe, and Kendall and Kylie Jenner is bowing out.

The final episode, which lands on HayU on Friday morning, will see the end of their final family trip to Lake Tahoe, with the gang reminiscing on some of their best moments in front of the cameras.

No matter how you feel about the famous family, there can be no denying the impact they have had on pop culture, with many of their most famous moments giving us gif goals and their quotes falling out of the TV and into our normal way of speaking.

So, ahead of the final instalment tonight, we took a trip down memory lane and remembered our favourite quotes.

Best Keeping Up With The Kardashians quotes

Kris Jenner proved that she is the ultimate momager way back in season one, when she was on hand to take in Kim’s Playboy shoot in person.

While the very idea of stripping off nude in front of our mum sends a terrified shiver down our spine, Kris was the best cheerleader, whipping a digital camera out and telling her daughter: ‘You’re doing amazing, sweetie’.

Those four words are now wheeled out any time someone is also ‘doing amazing, sweetie’.

Season two kicked off with Kim living her best life with her soaring stardom, asking her sisters to join her as she picked up a brand spanking new Bentley.

Unfortunately, things didn’t quite go to plan with the gang left waiting a while for it to be spruced up. Tensions came to a head with Kim adamant that her siblings were putting a dampener on her special moment.

Instead of hashing it out, she overheard them badmouthing her, and hit Khloe with her bag, warning her: ‘Don’t be f**king rude’.

Well, they all got that memo…

One of the best things about the older episodes in particular was how much they loved to authentically prank each other out of the blue.

Our personal favourite has to be the continued prank which saw Scott Disick call Kris up at random intervals, pretending to be her friend’s son, Todd Kraines.

They stepped this up a notch in one episode when they got the real Todd Kraines to stop by the family home and get in on the action, with a terrified Kris wondering what the hell was going on.

‘Hey Auntie Kris, it’s me… Todd Kraines’ will live in our minds rent free until the end of time.

Kris Jenner: ‘Kim, would you stop taking pictures of yourself? Your sister’s going to jail’

If you throw back to season three, Khloe Kardashian spent a few hours in jail after violating her probation on a DUI charge.

The focus should obviously be on Khloe but Kim took full advantage of the good lighting in the car, deciding to commemorate their journey to prison by taking selfies – in the most Kim way possible.

Someone who wasn’t too impressed was Kris, who spat: ‘Kim, would you stop taking pictures of yourself? Your sister’s going to jail.’

After more than a decade in the Kardashian vault, Kim shared those photos a few years ago – and they were so worth it.

Kim once again got the meme treatment when she ‘subtly dropped hints that she was single, in 2011.

Appearing on the spin-off, Kourtney and Kim Take New York, a newly single Kim hit the town to have some fun, telling the camera: ‘I’m dropping hints that I’m single’.

Those hints that she was dropping? Telling someone, ‘I’m single’.

Kourtney Kardashian: ‘Kim, there are people that are dying’

Season 6 gave us one of the most iconic KUWTK moments in history, as Kris Humphries innocently threw Kim into the water on their luxury holiday to Bora Bora.

Having precisely none of it, Kourtney appeared in a doorway of their hotel rooms, clutching a baby Mason to drop the quote of the entire series.

‘Kim, there are people that are dying,’ she replied.

Kim: ‘I’ll cry at the end of the day. Not with fresh make-up’

Kim has made billionaire status thanks largely to her KKW Beauty line, and showed how much she is willing to keep her glam in place.

In fact, she famously refused to break down on camera as she had fresh make-up on, instead revealing she would have a weep later.

‘I’ll cry at the end of the day. Not with fresh make-up on,’ she told her siblings.

Kris: ‘I don’t have any cell service here’

Kris is the queen of multitasking but definitely needs a working phone to do so. Which understandably left her a little shaken when she looked at her mobile as she settled down for a family lunch – and realised her phone had no service.

‘I don’t have any cell service here and it’s making me have a rash,’ she told her daughters, before promptly walking out – probably to make her own KJ brand of data.

Kim: ‘She’s the least exciting to look at’

Christmas isn’t Christmas until we get a glimpse at the annual Kardashian Christmas card – but season 15 showed just how much chaos there was behind those now-iconic photos.

It turned out to be very difficult to get every family member in the same room for the shoot, with Kim left unimpressed as Kourtney struggled to fit it into her schedule – leading to an almighty row.

Going truly below the belt, Kim furiously lashed out, telling Khloe and Kris: ‘She’s the least exciting to look at’.

Note to self: Never get on her bad side.

Okay so this technically wasn’t on an episode of Keeping Up but we’re including it anyway. Kylie Jenner began 2016 by sharing her resolutions for the year, which basically just included ‘realising stuff’.

In a very, very brief video on her YouTube page to kick off the year, she said: ‘I feel like every year has a new energy. And I feel like this year is really about like, the year of realising stuff…

‘Everyone around me, we’re all just realising things.’

Kourtney: ‘That is so embarrassing for your life and for your soul’

The Kardashian – Jenner family are no stranger to feeling themselves, giving us some of the raunchiest photoshoots on the internet, aka Kim stripping completely naked for her Paper magazine cover.

Kris decided to also get in on the action for a steamy shoot in her swimming pool, posing in a very see-through, wet white outfit.

Unfortunately, she didn’t bank on her three eldest daughters walking in on the action and making their feelings known.

Over to Kourtney who simply said: ‘That is so embarrassing for your life and your soul’.

We miss them already.

Keeping Up With The Kardashians is available to stream on HayU, with the finale dropping on Friday.

MORE : Sam Fox wants Sharon Stone to play her in biographical TV series and we can see the resemblance

MORE : Kate Hudson reveals NSFW hack for burning calories – and her friends have some questions