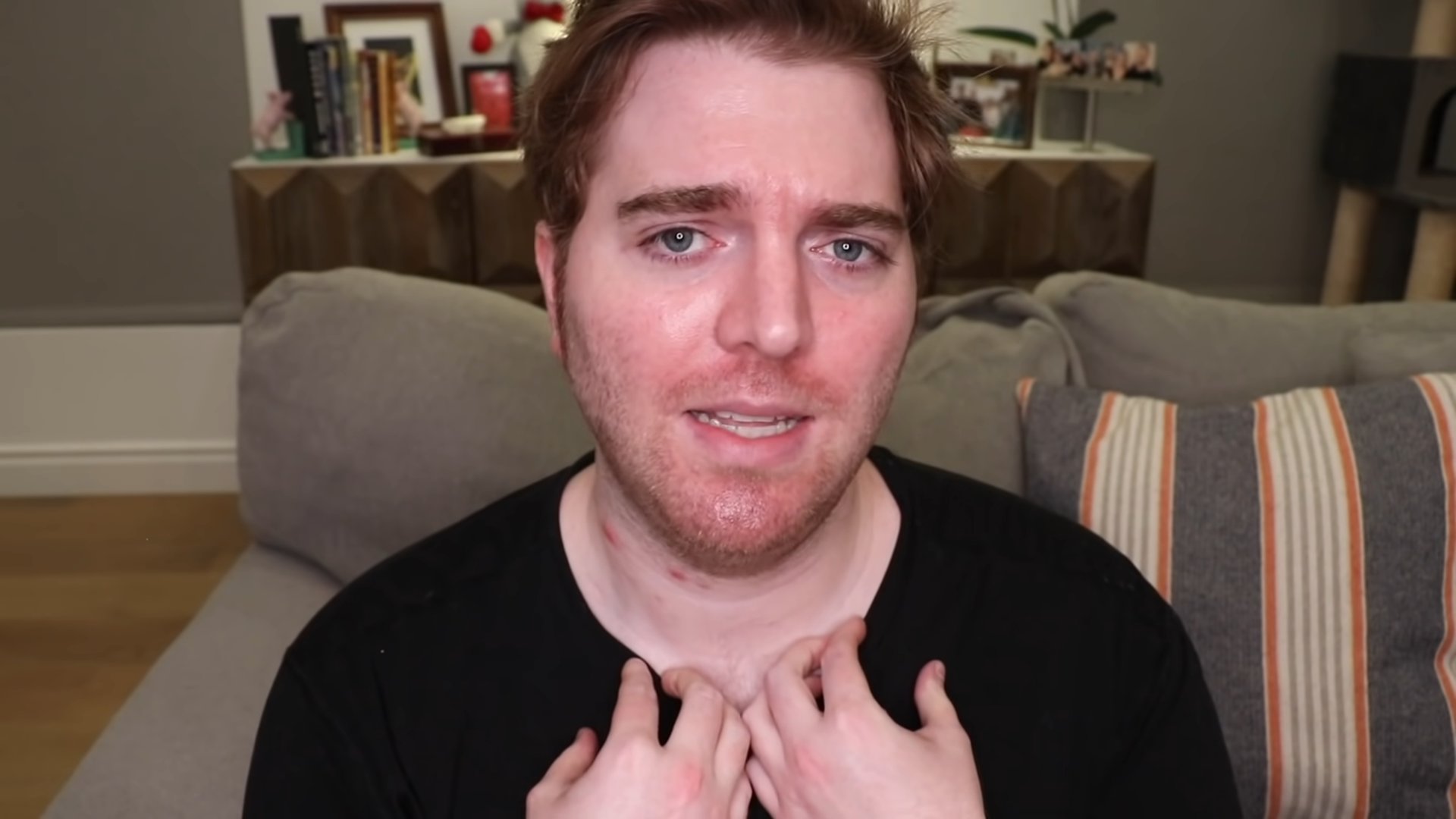 Shane Dawson has hinted at a return to YouTube despite declaring his career was ‘over’ in the wake of a string of public controversies.

The internet star previously apologised for using blackface and racial slurs in the past and has been keeping a low profile.

He appeared in an Extreme Hoarder Room Makeover video alongside his fiance Ryland Adams, in which he said his ‘career is over’ while fawning over a statue of a horse.

Shane, 32, revealed on Instagram that the reason he hasn’t posted videos for a while was ‘not because I don’t want to’.

Sharing a picture of himself and Ryland enjoying dinner overlooking the sea, he told his social media followers he has been taking time to ‘re-evaluate’ his life.

He wrote: ‘Dads left the house. ❤️ Ps. I know I haven’t posted a video in a long time and I promise it’s not because I don’t want to. I’m just trying to stay in a good mindset and be happy.

‘I promise I’m not going to abandon my channel after 15 years of creating 🙏🏻 Just been re-evaluating my life the last year and figuring out what I want to do with it.

‘Life is short and I’m grateful for every second of it. Hope you guys are doing well! I miss you!’

Shane hasn’t posted himself since June 26 when he shared an apology video on Youtube.

Speaking about the controversies he said: ‘Blackface was something that I did a lot. Like, I did it a lot on my channel. There’s no excuse for it, there’s literally no excuse.

‘I made a video six years ago talking about it and I gave excuses. I knew it was wrong, I knew I never wanted to do it again, but I didn’t do the work. I didn’t actually look into the history of it and why it’s so wrong, and why people were upset.’

Shane insisted that he doesn’t have ‘hate for any race’ or any people, but understands some of his jokes ‘went way too far’.

The YouTuber had also been caught up in a row with Jaden Smith after accusations he sexualised his sister Willow Smith when she was 11-years-old.

The drama was heightened when fellow YouTuber Tati Westbrook uploaded a video accusing Shane and his close friend Jeffree Star of ‘gaslighting’ her into making her video ‘exposing’ James Charles last year.

Shane lost a million subscribers in the two weeks following the controversy, according to Social Blade.

‘Nothing is right’: RuPaul’s Drag Race Down Under fans hit out at ‘messy’ editing