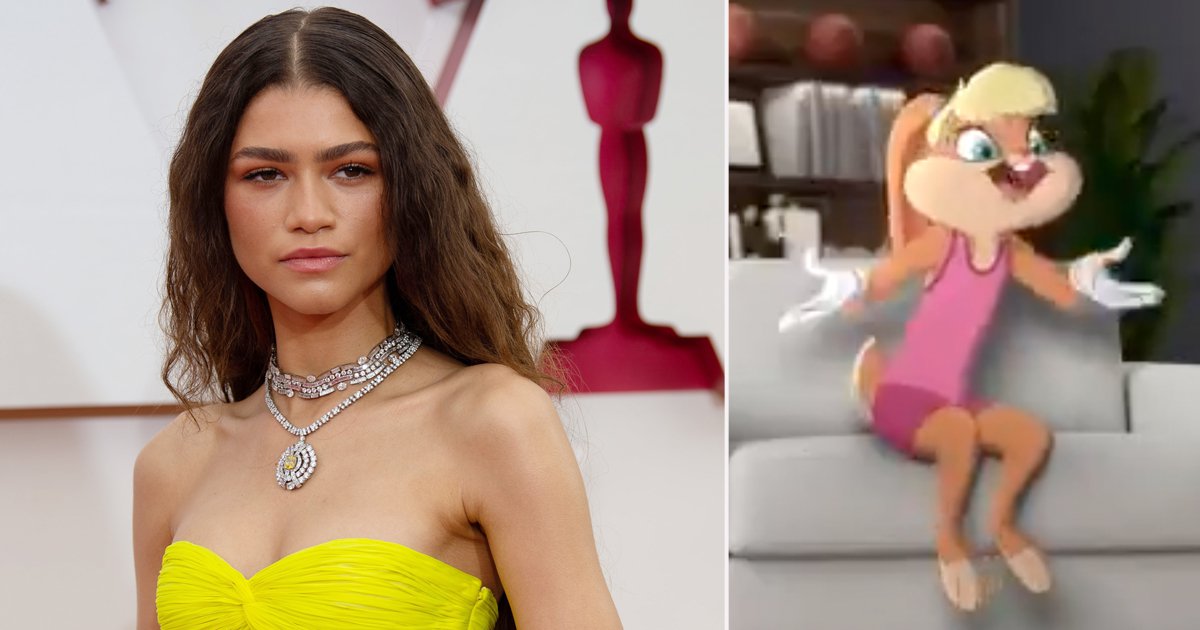 Fans have finally been given their first look at Zendaya’s take on Lola Bunny in the upcoming reboot, Space Jam: A New Legacy – but the jury is still out about it.

The actress is just one of the big names attached to the highly anticipated flick which sees LeBron James step into Michael Jordan’s shoes after the basketball icon’s huge success in the 1996 Looney Tunes film.

Sunday saw ESPN air a mockumentary style 30 for 30 titled The Bunny & The GOAT to help promote the film, and Zendaya’s Lola had plenty to say.

‘So cute to watch them bicker, when everyone knows this is Lola’s team,’ Lola says after LeBron, Bugs and Daffy all offer competing views of who was most valuable for the team.

Zendaya’s distinctive voice is clear as she continues: ‘It makes it sound like LeBron had to save us. We’re the best teammates he’s ever had.’

‘You know, I don’t love the sidekick label,’ she quips sassily in another interview segment, ‘but we’ll let it go because of Bron.’

Some fans were loving what they saw (and heard) as one fan wrote: ‘I dig this. Lola always had attitude & self-confidence to me as a kid & this is that in spades. I’m gonna check out this sequel & that’s that.

‘If you hate [insert athlete/actor/design], that’s fine. You’re entitled to. Others can feel differently. That’s the beauty of life.’

Another commented: ‘Did y’all expect Zendaya not to sound like Zendaya I’m confused.’

However, most comments appeared to hint that people needed more time to get used to the idea of Zendaya as Lola.

‘I love Zendaya, but…I hate the trend of casting “big names” instead of actual voice actors for these roles,’ one fan argued. ‘Their voices are more distracting than anything because they’re so distinguishable.’

Another wrote: ‘I love Zendaya, but this just sounds like her natural voice rather than a voice for Lola.’

‘This is what happens when studios forget that actual voice actors exist,’ another viewer agreed.

Many complained about the way the voice was edited as one pointed out: ‘It looks like Zendaya’s voice was added like some sort of dub. It just doesn’t fit.’

‘While I LOVE this Animation & Im HAPPY AF to see Lola again I am SOOO used to Zendaya’s voice naturally that it took me out of this a lil,’ another added. ‘I love Zendaya, but I really miss Kath Soucie’s voice for Space Jam Lola. Kristin Wiig is Phenomenal for Crazy Lola aswell. We’ll see tho.’ 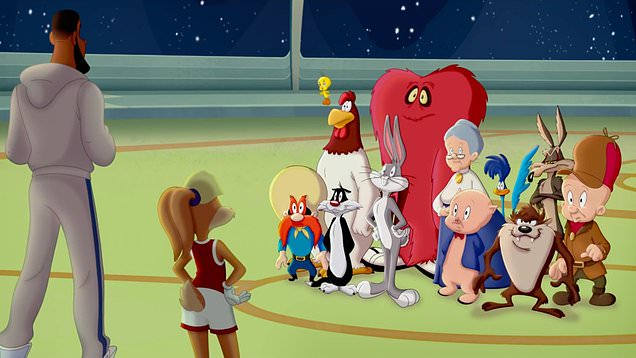 Lola was voiced by Kath Soucie in the original Space Jam movie, with many other stars taking on the role for The Looney Tunes Show.

The character has also had a redesign to help make Lola a ‘fully-realized’ character.

Speaking of the character’s appearance in the 1996 adaptation, Director Malcolm D. Lee told Entertainment Weekly: ‘Lola was not politically correct. This is a kids’ movie, why is she in a crop top? It just felt unnecessary, but at the same time there’s a long history of that in cartoons.’

MORE : Space Jam: A New Legacy trailer is the wildest ride as LeBron James and Looney Tunes face off against Don Cheadle